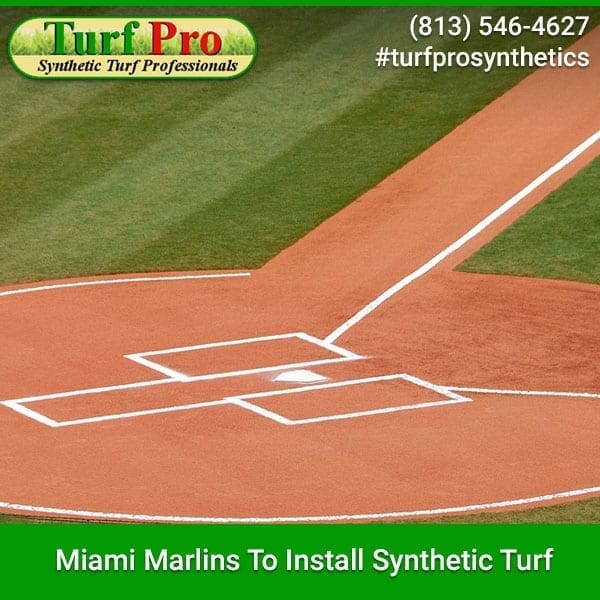 Recently, the Miami Marlins announced their plans to reduce the right-center field and center field dimensions and will be installing synthetic turf.

Derek Jeter said that while enhancing the active surface of the park, all measurements of the ballpark were evaluated. It was concluded that the team’s ball field needed a new dimension that was similar to other ball field’s dimensions. To go along with these new dimensions, synthetic turf will be installed.

The Marlin’s arena was opened in 2012. At that point, the pitcher’s dimensions were their best friend. In 2016, fences were brought in and it was lowered, but the offense proceeded to suffer. In fact, ESPN’s Park Factors stated that when looking at the ordinary Major League Baseball stadiums, Little Havana was just over 17% less likely to have dingers than other fields.

With the below-normal scores, fans began to become aggravated. A good deal of fans felt free-agent players continued to be discouraged to contract with Florida’s team because of the expected decline within the production. However, recently Miami did improve their team by adding Jonathan Villar and Jesús Aguila. Since they were picked through trade and waiver form, both of these agents chose not to stay at Miami.

One good thing about adding the synthetic turf to the playing field is that the ballgames may be extended. It will take more time to run the bases, and pitchers will likely need to be switched out. All of this leads to extra time on the field.

Chase Field, home of the Arizona Diamondbacks, is the inspiration for the Marlin’s new field. Chase Field also has synthetic turf that will be debuted this year as well.

If you are an owner of a sporting field or ball diamond, consider adding synthetic turf to your ground. This is a durable measure to keeping the ground its best for those that will be playing on it. Artificial turf can be used on a variety of sporting stadiums, not just baseball. Consider it for soccer, softball, football and more. If you are contemplating installing this, go with a trusted professional, such as Turf Pro Synthetics.